Fetsum and Teddy received the Echo Award for Social Engagement 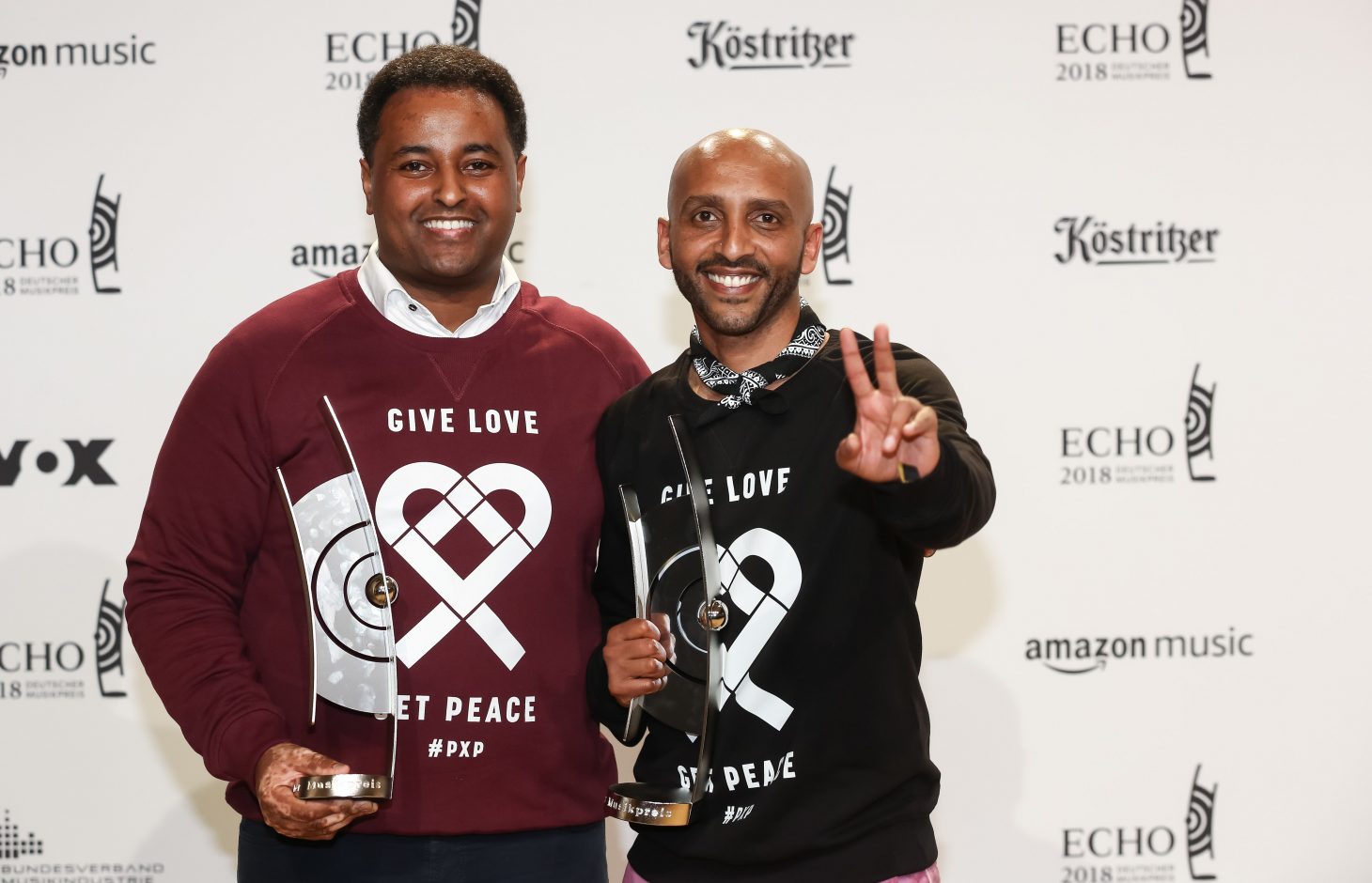 On April 12, 2018, PxP Embassy’s founders Fetsum and Teddy Tewelde received an Echo Award for Social Engagement for their work with the PxP Festival, Europe’s largest benefit festival for children. The PxP team is extremely proud of our intrepid, passionate founders, and look forward to bringing communities in Berlin and beyond together to raise our voices for children during the next PxP Festival on June 1, 2019.

The award was one of twenty-two presented at Messe Berlin in Germany on live television in front of millions of viewers. 2018 was the 27th and final Echo Awards, presented by the German television network VOX. They honored best-selling music in Germany and were one of the most important music awards internationally.